Congratulations to our staff! MDNA has been named a 2021 HHCAHPS HONORS elite recipient! What does this mean? Well, it means our OTs, PTs, Nurses, and support staff have provided EXCELLENT patient experience. Established by HEALTHCAREfirst, this prestigious annual review recognizes agencies that continuously provide quality care as measured from the patient’s point of view. GO TEAM!

Looking for rewarding work with a dynamic and friendly team?  Come grow with us!

MDNA is currently hiring for the following positions:

Please email applications and resumes to Amy McVety at jobs@mountdesertnursing.org. Current licensing must be up to date and in good standing.  Flexible work hours with a monthly rotating/on-call schedule.

A Huge THANK YOU to all of our Hole Sponsors!! 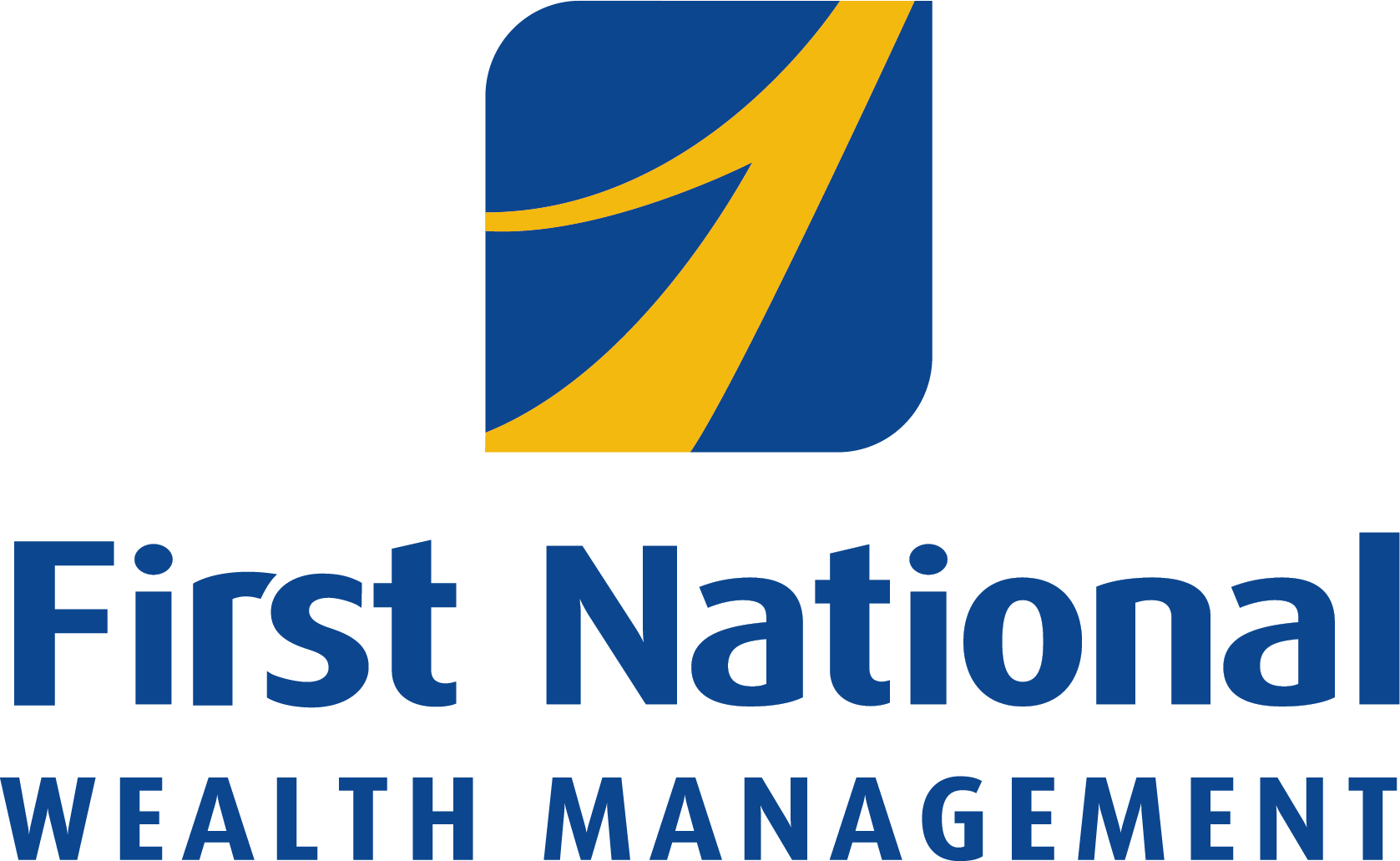 and THANK YOU! to our 18 Hole Sponsors! 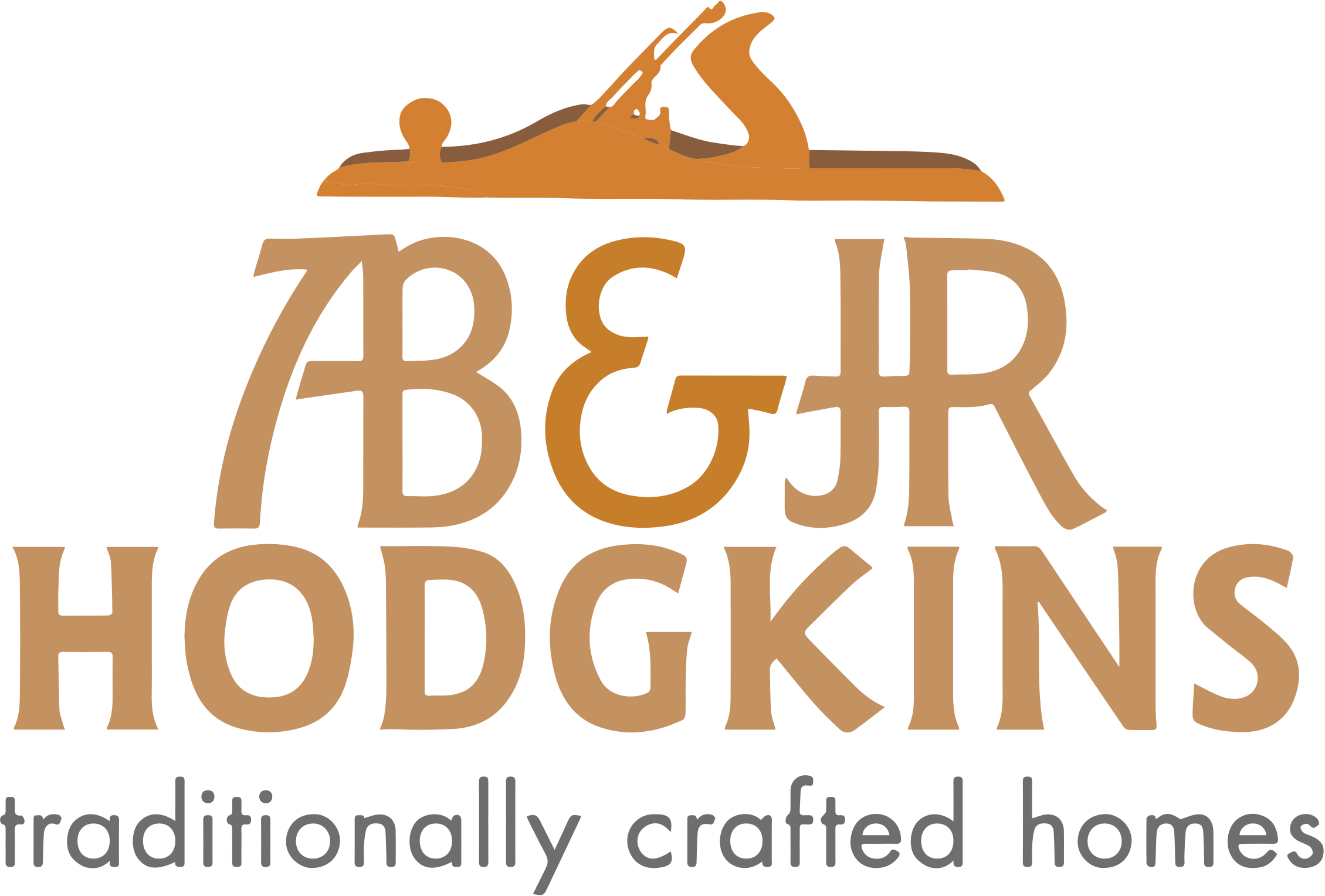 and an Anonymous Donor who gave their 18-Hole Sponsorship in HONOR of the MDNA STAFF!

OUR 9-Hole Sponsors are: 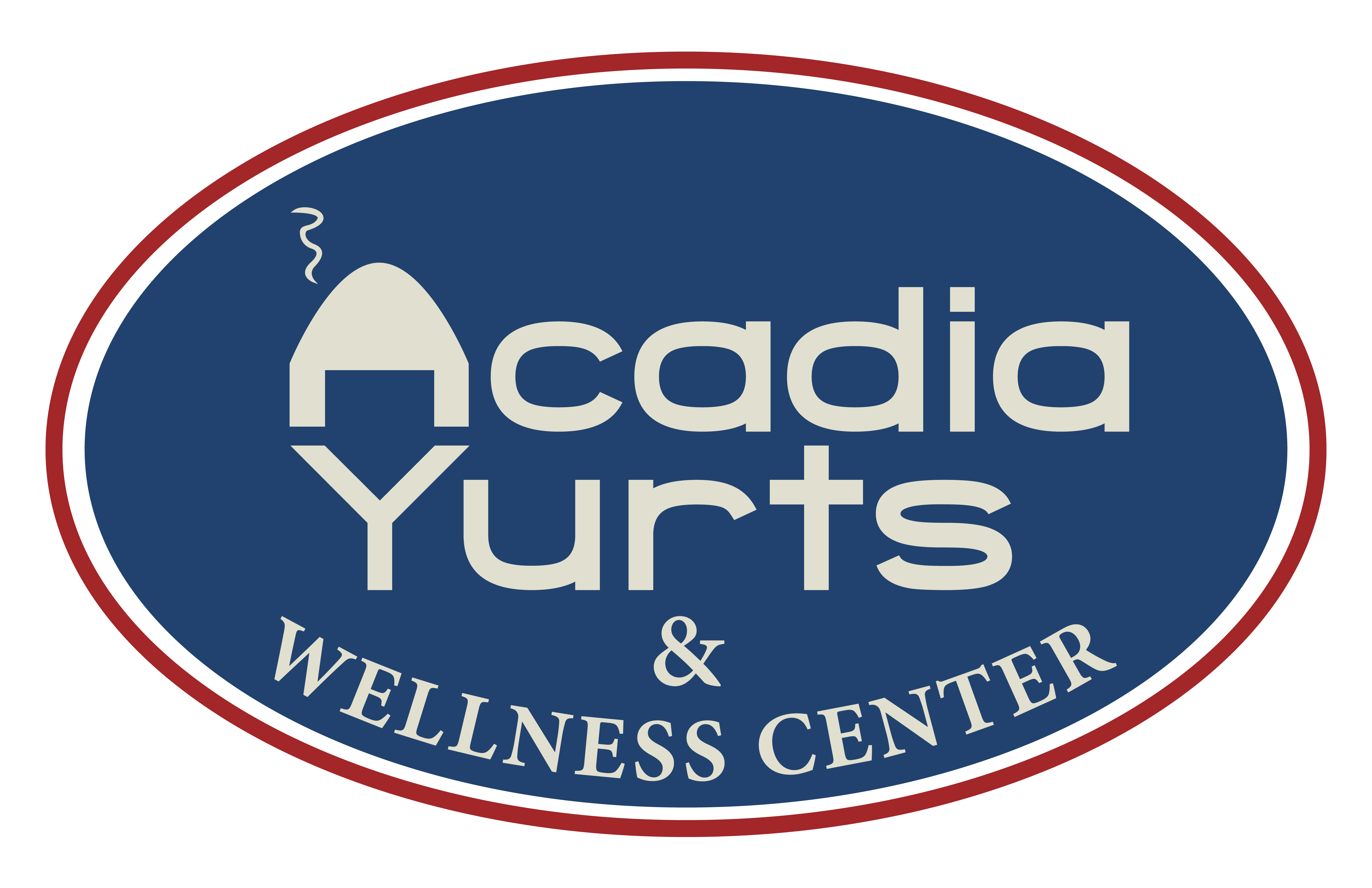 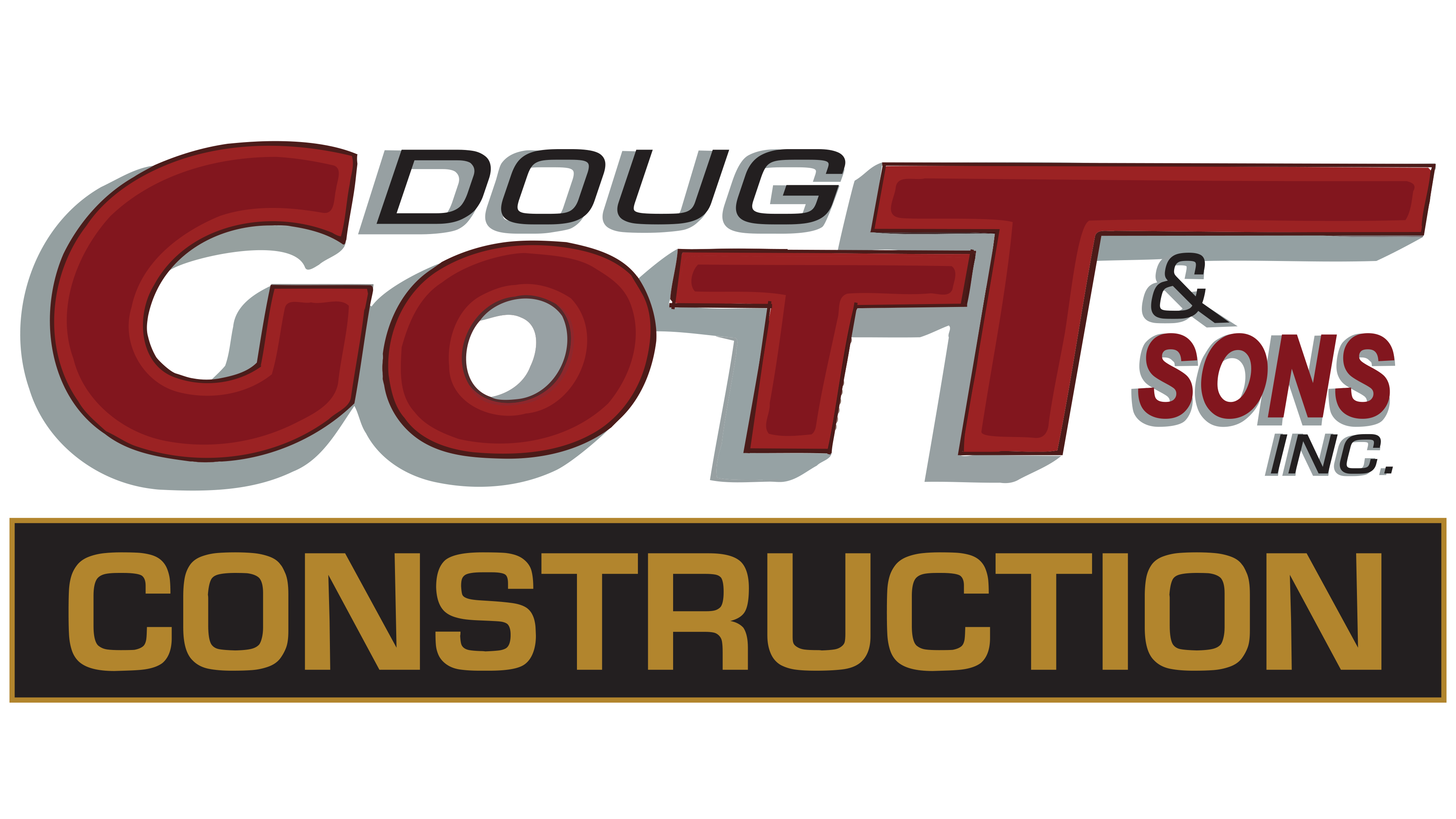 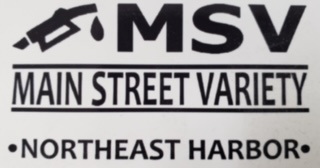 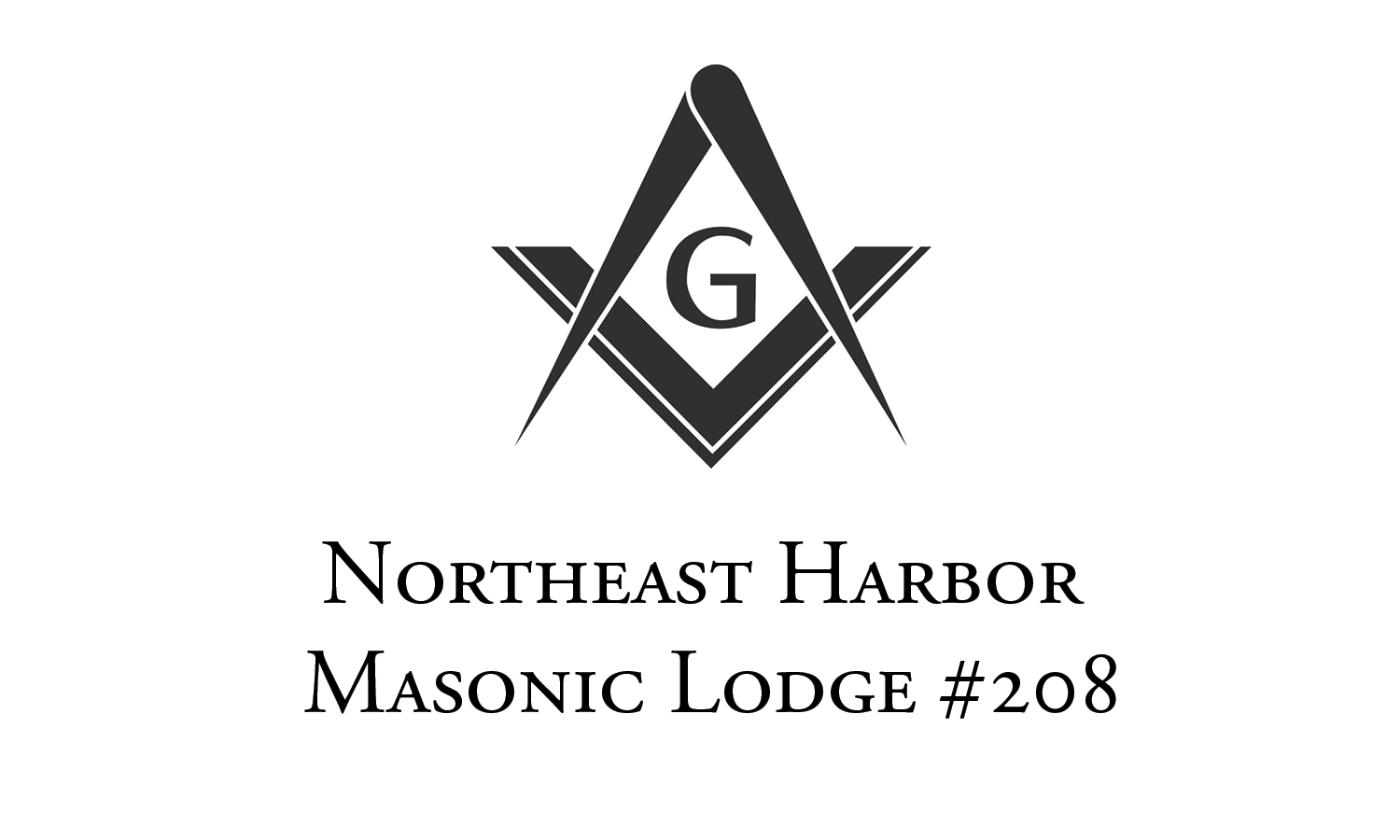 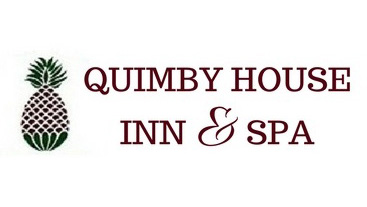 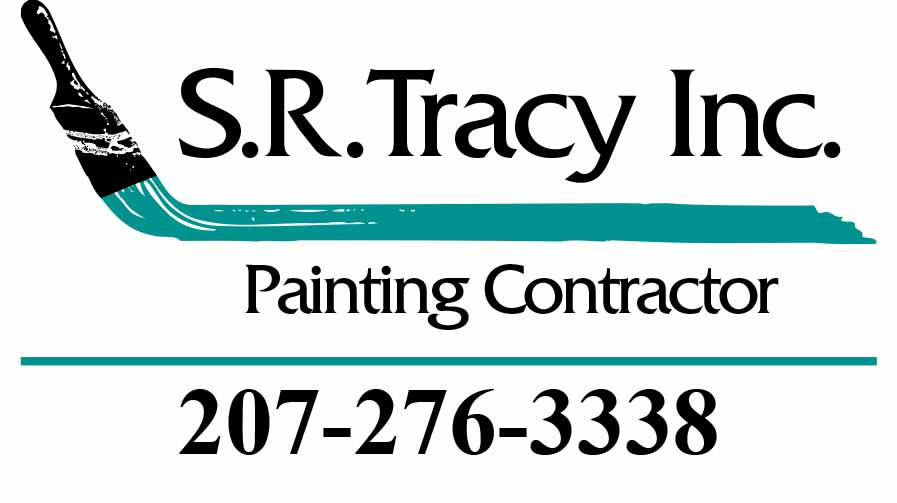 Come one, Come all

Health Fair Stations
– Healthy Smoothies for Morning, Noon and Night
– Supplements – What are they and what are they for?
– Household Safety Tips and devices
– Movement, Exercise, Stretching, balance – what’s right for you?
– Samples of some MDNA Loan Closet Medical Equipment-
(take home a full list of what is available for loan from MDNA)

Please RSVP By July 10th to Sara Starbuck at MDNA
207-276-5184 or saras@mountdesertnursing.org

NORTHEAST HARBOR — The Board of Directors of the Mount Desert Nursing Association is pleased to announce the appointment of Amy McVety, MS, RN, as the organization’s new executive director. The Association also bids an appreciative farewell to Executive Director Heather Lewis, who, after five years as leader of this vital local health care organization, is departing with a strong sense of accomplishment to begin a next chapter.

The Mount Desert Nursing Association, established in 1949, is MDI’s only home health care agency. Patients include year-round and seasonal residents who under the direction of their physician require skilled care (care by RNs and physical and occupational therapists) as well as visits from home health aides, all of whom team up to oversee patients recovering from surgery or help care for folks with chronic and/or long-term illnesses.

“Heather’s years as our executive director have been incredibly productive in advancing our mission,” said Mazzie Gogolak, president of the association’s Board of Directors.  “Our organization would not be where it is today, either in terms of its improved fiscal footing or in volume of service to our island neighbors, without Heather’s hard work and expertise.  We will really miss her.”

Gogolak is referring to Lewis’s game-changing achievement of transitioning the once private-pay, fee-for-service group into a fully Medicare-accredited and Medicare-compliant home-health-care provider, virtually transforming the organization’s business model. “This was an incredible team effort by Heather and her predecessor, Elise O’Neil, our nurse director at the time. They really made it all happen,” commented Gogolak.

“I’m very proud of what our hard-working team managed to do,” Lewis said. “When I arrived in 2016, the Board was in the throes of making the ambitious decision to ramp up the organization so as to qualify for Medicare accreditation.  I’m happy that I was able to help their positive decision. Elise and I then began an extended period of putting the required policies and procedures in place, making personnel-expansion decisions, laying the administrative groundwork, and proving we were on solid ground financially. It was almost two (costly) years before we were granted approval and received our official Medicare number.”

The new status has dramatically impacted the nature of the Association’s work, since physicians, hospitals, and other health care agencies can now refer Medicare-eligible and third party payment patients.

As a result, in 2020 the organization broke all service records, with over 4,100 patient visits made by the association’s staff of nurses, physical therapists, occupational therapists, and home health aides – proof of the strong ongoing demand for these services on MDI.

Concurrent with Lewis’s departure, the Association’s Board hails the arrival of Amy McVety, MS, RN, who, in a homecoming of sorts, takes up Lewis’s mantle and assumes the title of executive director.

Reared in Southwest Harbor and a graduate of Mount Desert Island High School, McVety first became a nurse, and later received her masters in pediatric primary care. She has held medical-practice, management and healthcare leadership posts in several states, and comes to The Mount Desert Nursing Association most recently from a position in Pennsylvania.

“It’s been wonderful living and working all over the country, including California, but I always eventually wanted to move home,” McVety shared. “Yet I wanted to do so in the context of a job that would be fulfilling and that would utilize my skills.  I feel as though I’ve found that at MDNA.”

Longtime MDI residents may remember her parents, integral members of the community.  Her late father George McVety, who was the first pharmacist at MDI Hospital, later served as the president of the hospital’s Board of Directors, and was for years owner of the Carroll Drug Store in Southwest Harbor.  Before retirement, her mother was a beloved teacher at several schools within MDI Regional School System.

McVety is quick to point out that, importantly, and despite Medicare accreditation, private donations are still a major and much-needed source of the association’s financial support.

“Fundraising remains a big task for us.  It’s always been MDNA’s philosophy that no one is refused service based on ability to pay,” she emphasizes. “We utilize a sliding scale beginning at $0, and in-home care and care management are still the focus. And, it’s always with the goal of helping people remain in their own homes for as long as possible.”

Looking ahead, McVety stresses that “MDNA is well positioned to develop based on our current strong foundation. My immediate ambition is to carry on the amazing work that Heather Lewis has done, and to carefully build on it.”

McVety encourages everyone within the Mount Desert Island community, to think of MDNA as a resource – a “wonderfully local” resource – when seeking medical care for themselves or a loved one.

“We know and understand the region’s culture and its people, and we want to get to know and be of assistance to all our neighbors when they need us.  And please, don’t ever assume that you wouldn’t qualify for our home health care or other services – just pick up the phone and ask! We are always happy to assist you in finding the services you need.”

At the Mount Desert Nursing Association, the health and well-being of our patients, staff and community is our top priority. We are taking every precaution when meeting with our patients and have supplied our staff with all needed equipment. We are following CDC guidance and are keeping updated multiple times per day.

MDNA is willing to help you adjust to your needs and will address visits via tele-health if necessary.

Please contact us if you have any questions or concerns.

Thanks to our Donors! 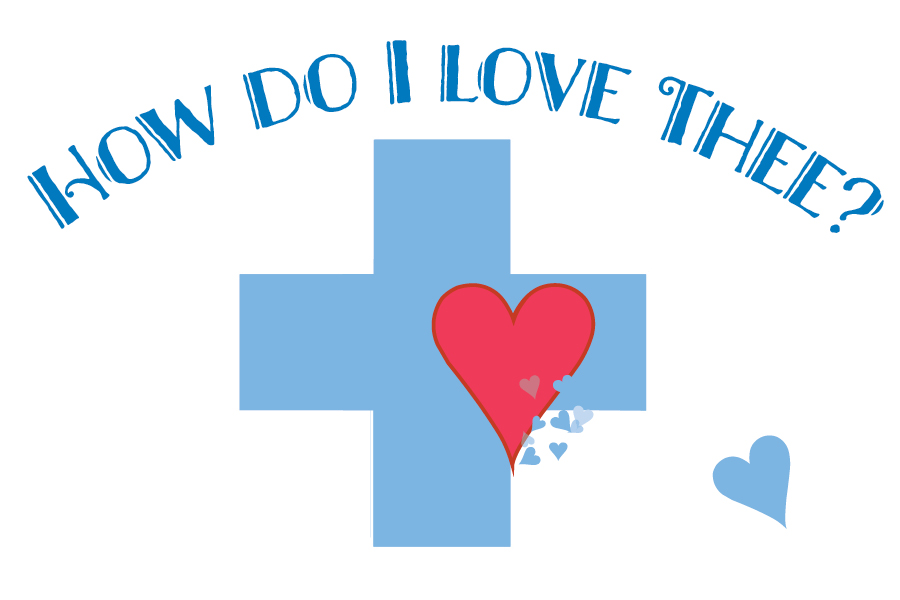 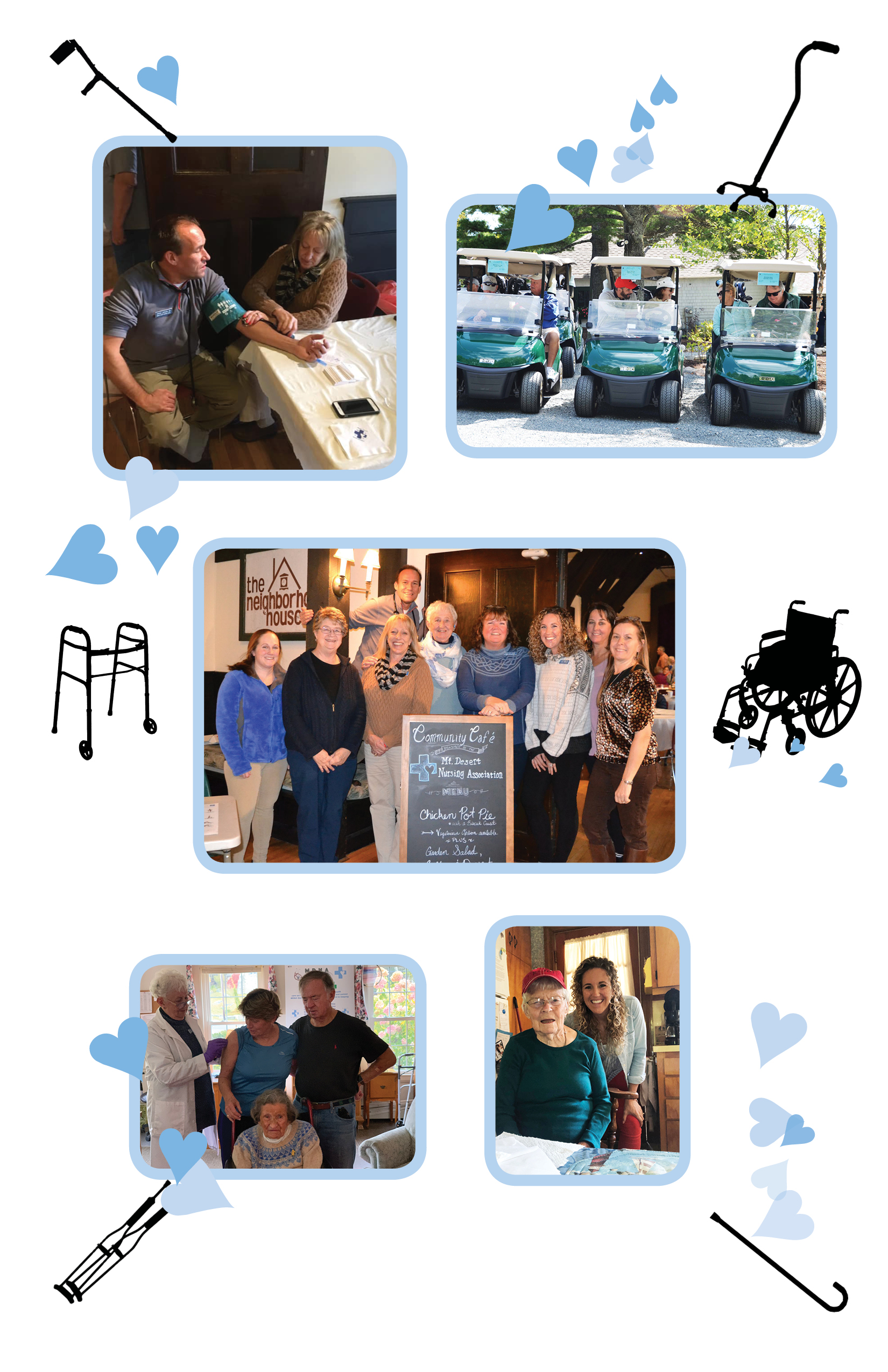 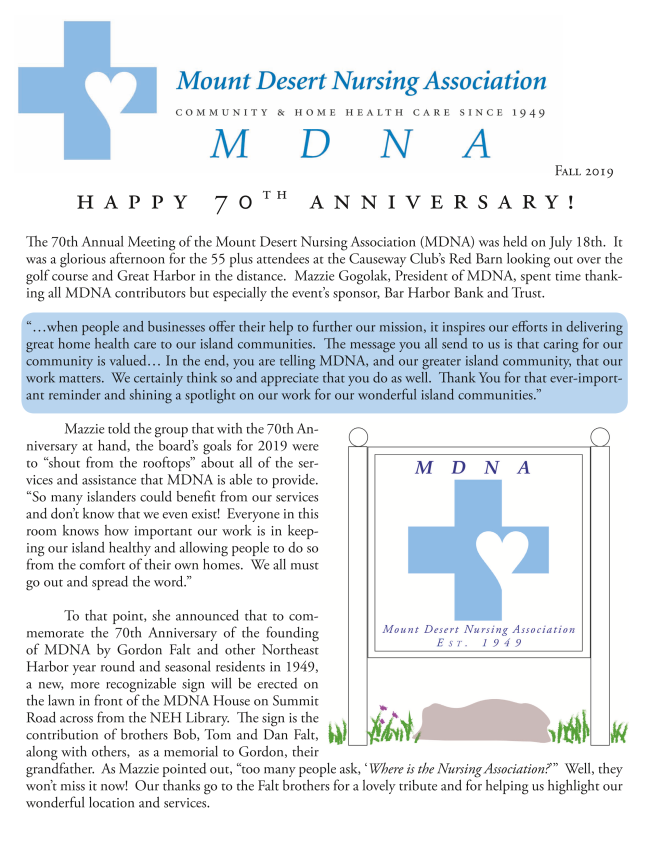 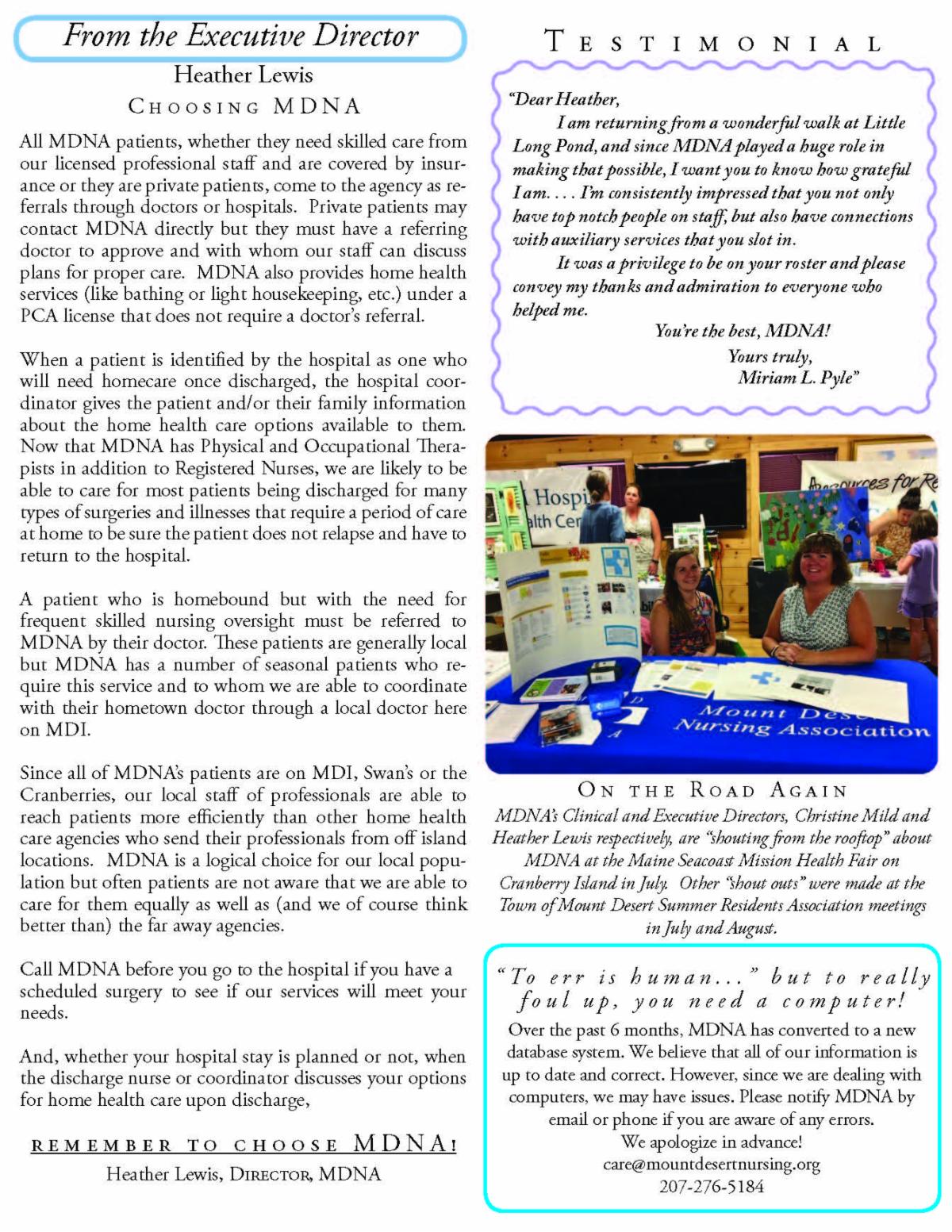 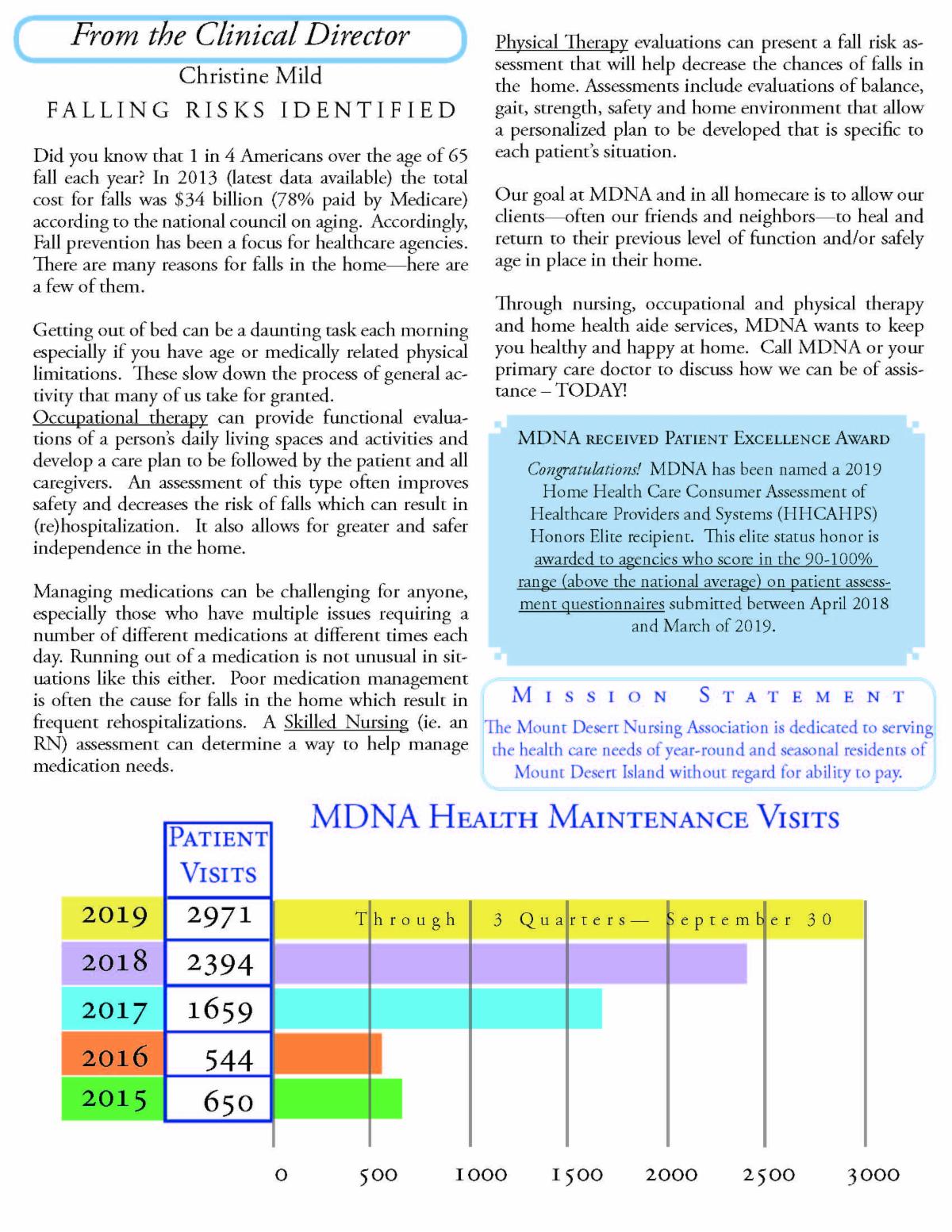 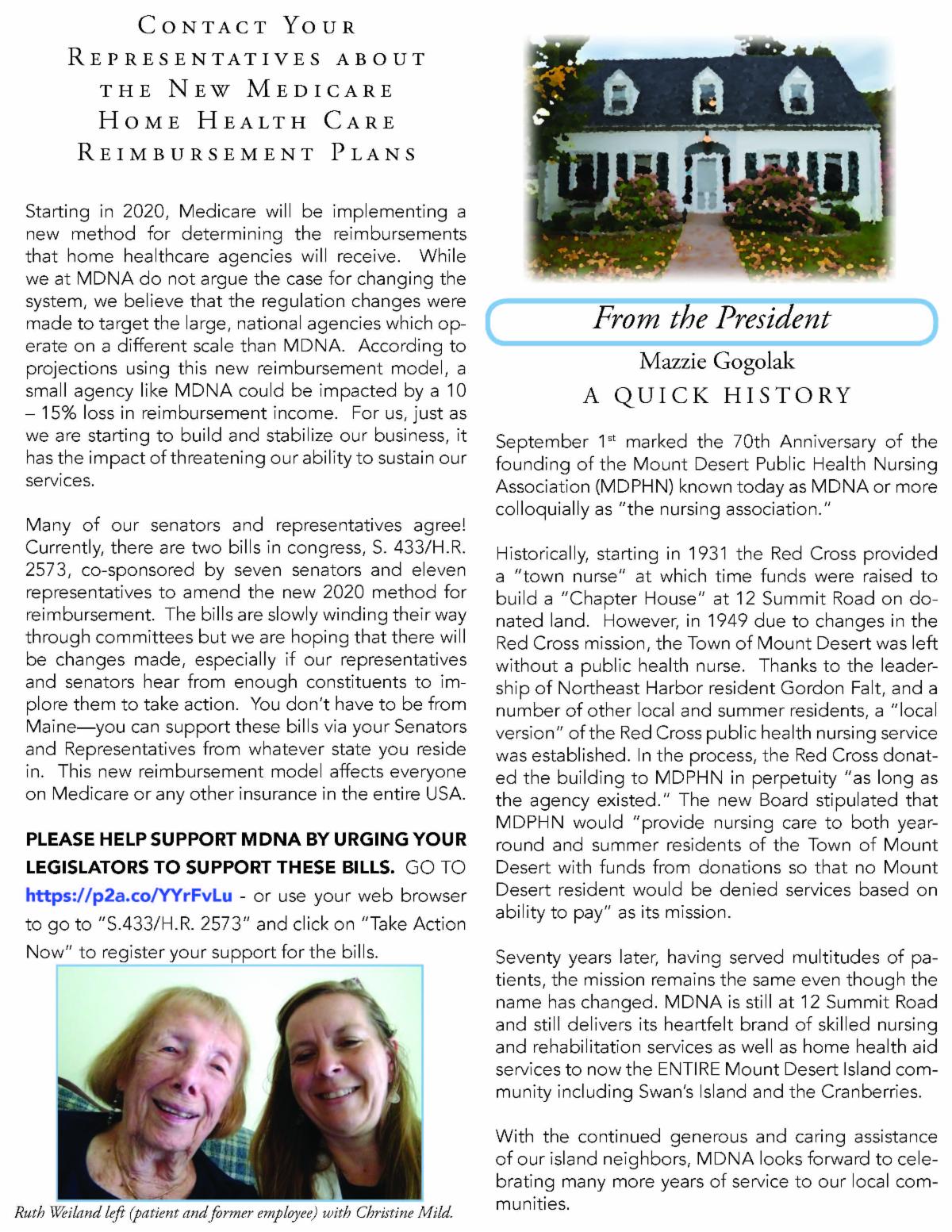 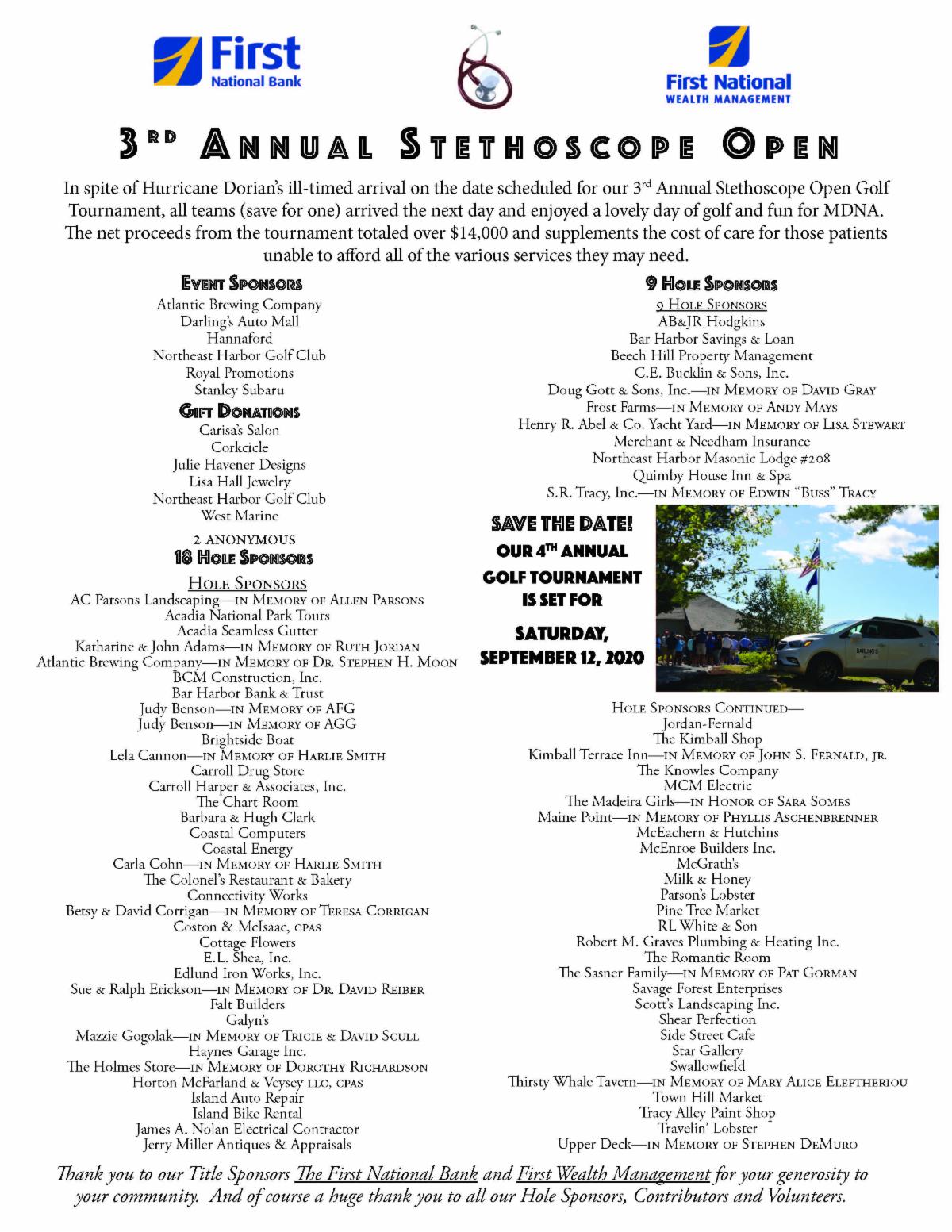 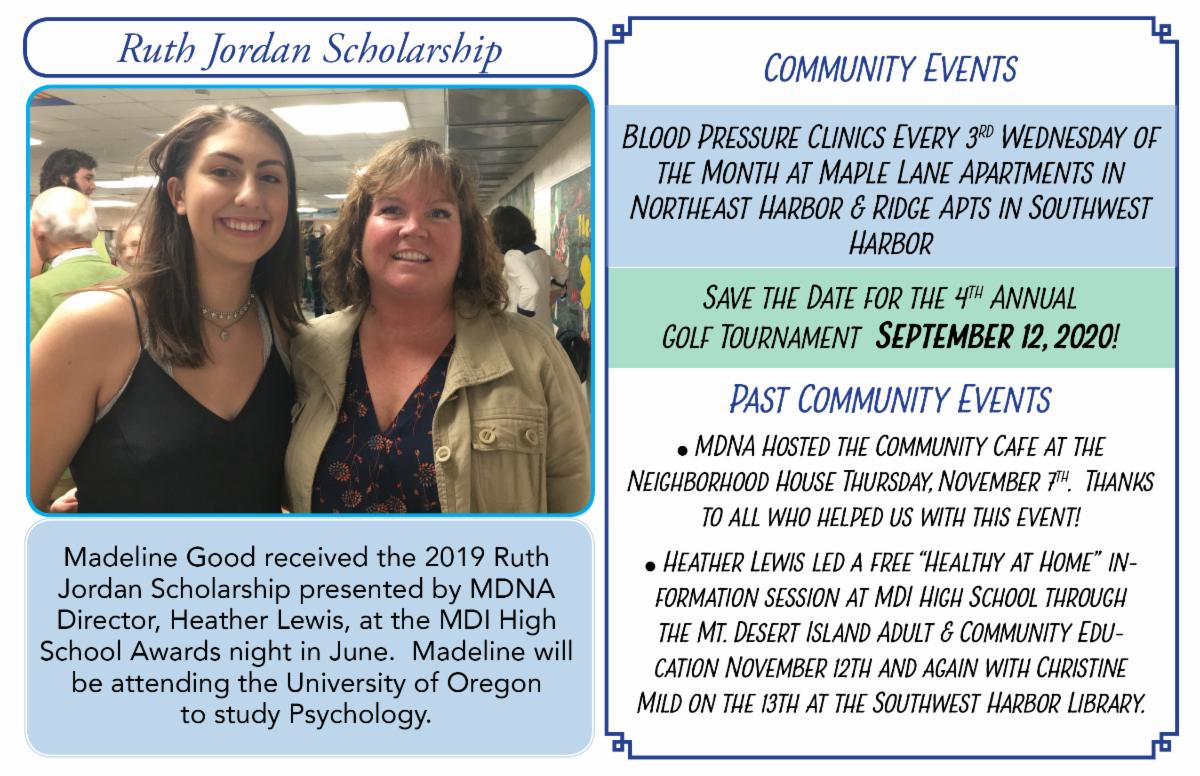 Taking care of an elderly parent or spouse? Recovering at home from surgery or illness? Need to borrow medical equipment? Mount Desert Nursing Association (MDNA) invites you to attend a free informational session. Come learn about what their services are and how you can use or share them with your loved ones, friends or neighbors.  Through their direct services, MDNA’s goal is to help residents achieve and or maintain the best possible health, stay in their homes for as long as possible and support the best quality of life possible for each person. As MDI’s only local home health agency, they have information to share!

Taking care of an elderly parent or spouse?

Recovering at home from surgery or illness?

Mount Desert Nursing Association (MDNA) invites you to attend a free informational session.  Come learn about our services and how you can use or share them with your loved ones, friends or neighbors.  Through direct services, the goal of MDNA is to help residents achieve and or maintain the best possible health, stay in their homes for as long as possible and support the best quality of life possible for each person.  As MDI’s only local home health agency we have information to share!

for fertilizing, amending and weed controlling our lawn.   Kevin donated the product and labor for this!